Rabbit – The Origin Story of Orange

Rabbit – The Origin Story of Orange

Rabbit was only to last until the following year before becoming defunct due to new technologies. The service provided by Rabbit was known as a ‘Location- Specific Telepoint.’ It worked similarly to how mobile masts work, just on a much smaller scale. 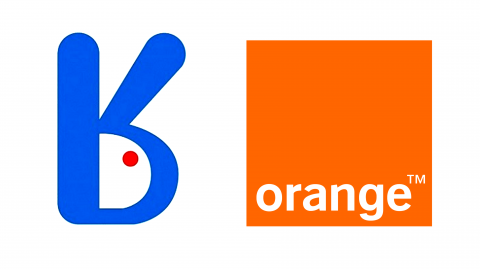 May 1992 was the start of this venture in Greater Manchester, the entire city centre of Manchester was covered by Rabbit base stations.

After the success from tests using 1000 customers and 2000 base stations, the original plan for just 12,000 stations to be rolled out throughout the UK came to fruition by December 1992 resulting in 10,000 active customers in the UK at its height.

Unfortunately, a year later, on December 1993, the service was ceased, just 20 months after its initial launch. The service had just 2000 at the time of discontinuation.

The main attribution to the downfall of the service is put down to analogue phones from Cellnet and Vodafone costs falling, along with their ability to make outgoing calls, a feature not present with Rabbit stations.

Hutchinson did not shy away from the telecommunications industry, eventually launching two mobile phone networks, Orange and 3.

Orange, which can trace its family tree as far back as 1988, where it was known by a different name, France Télécom. But we’re looking at the UK timeline, which begins in 1990.

The Orange we know in the UK was born in 1990 after the formation of consortium, Microtel Communications Ltd by four companies covering the US, UK, Africa and France, none of which solely in the telecoms industry.

This is where Hutchinson makes another appearance, in July 1991 through stock deals, they acquire a 65% share of Microtel, who had just won a licence to develop a Personal Communications Network (PCN).

With Hutchinson changing the name of Microtel to Orange and the PCN, it was paving the way for Orange to be rolled out to be a public mobile network. 28th April 1994, this is exactly what happened with the network being launched into the UK mobile network market.

Fast forward to the 8th September 2009, the start of the merger with T-Mobile. The joining of the two established networks in the UK would mean they had a combined market share of 37%.

The high market share wasn’t gone unnoticed, with The British Office of Fair Trading being summoned to the European Union to investigate the merger and the impact it would have on competition for the remaining 63% of the market.

Not long into 2010 saw the approval of the merger by the European Commission with an agreement that it shared its coverage with rival company, 3.

The merger would also see a new name come into play, EE. The name comes from the initialism of its former name, Everything Everywhere.

Everything Everywhere was founded 1st April 2010, just a year after the Orange and T-Mobile Merger and this is the start of the end for the two network’s name on the high street when all three were merged into the EE we know today.

It wasn’t until February 2015 that the Orange name would leave us completely, with all new contracts thereafter being sold under the EE name. The final nail for Orange came at the start of this year when remaining Orange customers had until March 2019 to take out an EE plan or have their services terminated.