History of the Phone Box

History of the Phone Box

If there’s one colour that is immediately recognised in Britain, it’s red. The London bus, post boxes and the one we’re talking about today, the telephone box. The most iconic design we still see today was by Sir Giles Gilbert Scott.

Succeeding the now, seldom seen K1 telephone box design (image below) would be Scott’s K2 cast iron design, which came about as a result of a Post Office sponsored competition in 1924. His widely recognised K6 design came some 10 years later in 1935. 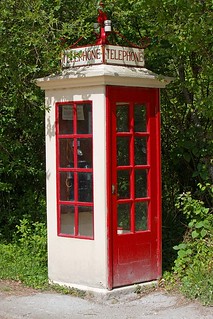 You may know Scott by some of his other Architectural feats. His design for the Liverpool Cathedral beat out all others and he had the honour of overseeing the rebuilding work required on the Houses of Parliament post-World War 2. 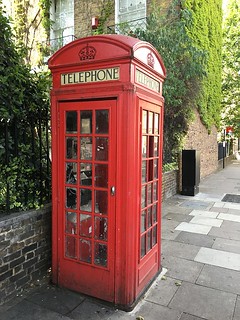 1926 was the debut of the K2 telephone box (image right) on London’s streets. These phone boxes were predominately for the city, with only a handful being erected outside of the capital, and only under special circumstances.

The K2 whilst being similar in design to the K6 has one clear identifying difference. The Royal crest of King George V. Whilst the K2 had the crown design provide ventilation via its perforation design, the K6 has the crest embossed and painted gold.

The K2 was also larger in stature than the K6, despite its greater size, the K2 is much more infrequently seen with just a few remaining of the low number produced. Only around 1500 were made due to its size and cost to produce.

The General Post Office (GPO) who was then responsible for public phone boxes in the UK prior to the Post Office and British Telecommunications (BT) split, discontinued the K2 design in favour of other designs. 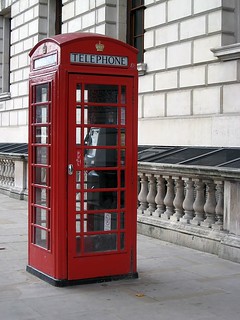 This brings us to 1935, the year Scott completed his commission for the K6, which as said before, was similar in design, but much more affordable to produce and the reduced size made it suitable for more locations. It weighed 25% less, despite it still being made from cast iron.

1969 saw the dissolution of the GPO and the following this came a decline in the quality of the phone box maintenance. With vandalism and inactiveness when it came to repairs was the start of the end for the iconic red phone box.

1985 BT, now privatised, announce a revamp of the phone box, with experimentation of new design possibilities that prevented vandalism damage. The outcome of this was the removal of the many of remaining K6 telephone boxes, which were then sold off.

The new design was rather unpleasing to the eye and stripped away the bright red that became synonymous with the British phone box. Fortunately for some of the remaining K6 kiosks, 2000 were declared listed buildings and as such remain to this day. 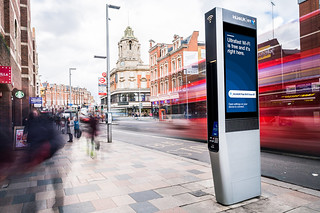 Fast forward to 2017 where public phone boxes have almost reached the point of obsoletion and we say hello to BT’s new public service called InLinkUK. These new skinny machines offer no protection from the rain or an unofficial public toilet on a Saturday night.

The InLinkUK kiosks do, however, offer free phone charging, free WiFi and free calls, which may also become obsolete due to the standard unlimited minutes phone plans and when 5G is available nation-wide.