Is the Green iPhone 11 Really That Green?

Is the Green iPhone 11 Really That Green?

Keeping on the theme of technology and the impact on the environment with our last blog on recycling old tech and phones, we take a look at how credible Apple’s environmental iPhone 11 claims are.

Two new hues have been released alongside the iPhone 11 and iPhone 11 Pro. The iPhone 11 gets a plainly named “Green” which is closer to a mint colour. The 11 Pro’s “Midnight Green” is proving to be a very popular colour.

But when we’re talking about ‘green’ we mean their environmental credentials, which Apple have made an effort to showcase. 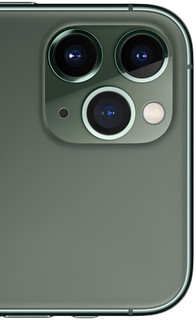 Let’s start with the outside. The cases come in a variety of materials, noted during Apple’s launch event on September 10th. These materials include ‘Luxury’ titanium and ceramic, whereas 100% recycled aluminium is standard.

Aluminium is a recycling marvel. Few people know that a lot of materials have a recycling lifespan. Plastic can be reused roughly seven times and paper just four. Aluminium, however, can be recycled an infinite number of times, this means when the iPhone 11 comes to the end of its life this casing can be reworked to potentially make new phones, reducing the need for mining.

If you read our previous blog, you’ll know there’s much more to phones than the chassis, the inner workings on the phone rely on rare materials that have to be mined. These materials are available only in a few places worldwide.

Apple’s Taptic engine uses rare-earth metals that are 100%. But this constitutes just 25% of all rare-earth metals found in the phone. Apple is open about this and strives to increase the overall percentage of the recycled materials used.

As said in our previous blog, it is estimated that in the UK, there are 40 million unused devices stockpiled in homes, that’s an awful lot of rare materials that could be recycled to make new phones. 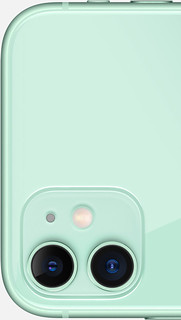 Here at TinCan, we recycle old handsets because we know many people are not a reasonable distance from recycling centres that take old tech. More information on recycling your phone can be found by emailing recycle@tincancomms.com.

The trade-in scheme offered by Apple was promoted heavily during the iPhone 11 launch. The scheme offers buyers of a new handset a discount based on the model of iPhone you’re trading in. Those old handsets would go on to be refurbished or recycled.

The phones that can’t be restored to a good quality go through an in-house created machine named Daisy. This robot is designed for the purpose of dismantling iPhones and extract recyclable materials including battery components such as cobalt. Daisy is a fast worker, she can disassemble up to 2000 handsets every hour.

Of course other manufacturers recycle old mobile phones but not all are quite as showy as Apple so specific details are unknown so it’s impossible to make a valid comparison. Samsung does, however, have a scheme where it will recycle old tech into a variety of new devices, apparently in large part for school children.

The AppleCare insurance gives you access to a repair service which otherwise could be costly. There is an environmental downside to this, however.

If your handset isn’t easily fixed, Apple will issue a new handset as a replacement, even before they have received the broken phone. This is a fantastic feature that can make paying the price of AppleCare worth it (if you’re clumsy) but this means electronics waste is increased.

Perhaps you want something that’s not as hard to repair yourself as an iPhone. If you’re a bit of a DIYer then it’s worth taking a look at the Fairphone 3, it doesn’t contain any glued-in components and its modular design makes dismantling the device a (relative) doddle.

Even if you’re not wanting to do your own repairs or take apart a mobile phone, then the environmental credentials of Fairphone may be what you’re looking for. The company strives to ensure all possible materials used in the manufacturing of the phone are ethically and sustainably sourced. They also keep track of the supply chain as far as possible.

Furthermore, Fairphone has a similar scheme to Apple where they offer a cash incentive for any device you send, being a Fairphone product or from another manufacturer.

Apple is certainly making headway when it comes to being environmentally ethical but as you have seen there are much greener options than the new iPhone 11. Saying that, any new handset has an environmental impact. So do you really need that new phone, is your current handset reached the end of its life?

The true green choice is staying with your existing handset for as long as possible. And with fantastic sim-only deals, you’ll be saving not just the environment but your bank account too!