There’s lots to be proud of, coming from the Black Country. TinCan Comms was birthed in the region and we couldn’t be prouder to represent the black country! Many famous faces have came from the ‘ends’, including Rob Plant of Led Zeppelin, family favourite Lenny Henry and Dudley born Sam Allardyce!

Here’s some popular questions us black country natives get asked whenever we venture outside of our home region.

The name has been in use since the mid-19th century and is thought to refer to the colour of the coal seam or the air pollution from the many thousands of foundries and factories around at the time; in 1862, Elihu Burritt famously described the area as being 'black by day and red by night'

What is the Black Country known for?

Why are black country chips orange?

The key to orange chips is all in the batter. The recipe remains top secret but many attribute the distinct orange-colouring to a sprinkling of paprika, while others claim to use turmeric or orange food colouring. 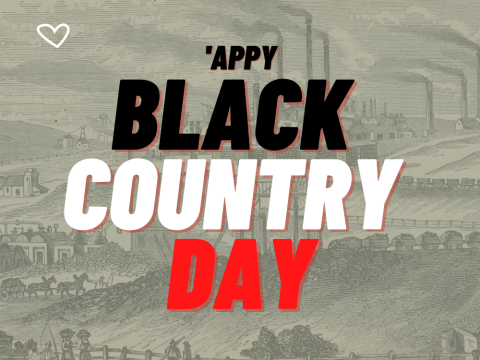