The android market itself is in the midsts of a civil war. From Samsung’s flagship Galaxy S range, to the gaming-driven Asus ROG, there is an Android for everyone.

Despite the highly anticipated 108MP sensor camera coming with Samsung’s next generation of phones, there is another operating system, a few may be aware of… Yes, Apple’s iOS.

Bloomberg gave us a tidal wave of information about the upcoming ‘iPhone 11’ along with details on other upcoming Apple products, including iPads, AirPods, MacBooks and the last tip of the tail of the Apple’s Trojan horse, their entry into the smart home market, the HomePod, which doubles up as a cheese grater. 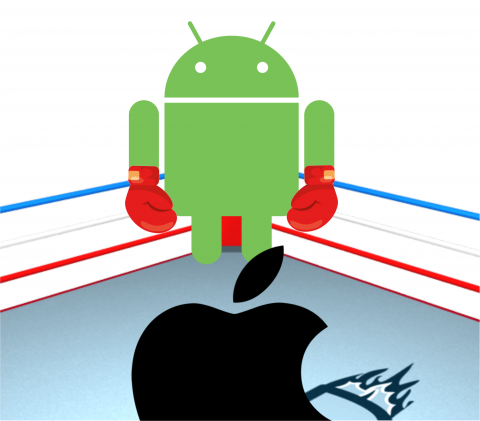 Next month will see a bit of re-branding for the now-standardised three-tier iPhone release. The iPhone XS and iPhone XS Max will have their names changed to the Apple-familiar tagline, ‘Pro’. The iPhone XR is reported to have a standard successor, with no real changes to its name.

With all three iPhones set to release in the same month, Apple is hoping for a strong Q3 sales report.

When it comes to design, the ‘Pro’ change of name does not come with any notable aesthetical changes. Despite an identical display size, gone is the 3d Touch in favour of Haptic touch, whilst maintaining the OLED screen. The Haptic Touch change will add functions such as the long-press found on Androids and the original iPhone XR.

We’ve already mentioned Samsung’s game-changing smartphone camera technology in a previous blog post, but are Apple anywhere close? Nope. Apple has been focusing more on software, with their post-processing technologies to help you get the best images.

The iPhone Pro will receive some hardware upgrades, but not quite as dramatic as Samsung’s next-gen of smartphone. A third lens will be added to the existing two found on the iPhone XS, the regular lens and telephoto. The third lens will add ultra-wide-angle functionality for images and video.

The AI software will work with all three sensors to reportedly, “automatically correct the combined photo if, for example, a person is accidentally cut out of one of the shots.” 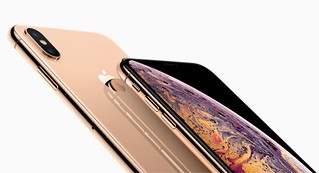 The three next-gen iPhone models will be powered by A13 processors which boast a new co-processor dubbed the “AMX” or “matrix” internally. This will purportedly help the main chip and assist with features such as augmented reality.

Another technology Apple is playing catch up with is reverse wireless charging. The Pro models will enable you to charge AirPods. Samsung already boasts this technology with their Galaxy S10‘s Wireless Powershare which can be used with Galaxy Buds.

Apple is choosing to fall behind again when it comes to technology with them reporting a year hold back until their Q3 2020 devices. Next-gen top tier Android devices will undoubtedly have 5G capabilities ahead of its nation-wide roll out as there are handsets that are already on sale with 5G capability.